Back at the end of 2010 I bought a book call "Be Iron Fit" by Don Fink. I thought, humm I'd at least like to get in shape like an Ironman. Maybe I'll try a few Triathlon's and see how it goes. My main goal then, was just to get in better shape, physically. I was going through a rough patch in my life and wanted a change of pace to "just running"

But the more I read, the more curious I was to actually do an IRONMAN Triathlon. Over the next few months I bought my first bike and completed a few sprint Tri's in 2011, not as many as I had hoped for, but enough to get my feet wet. 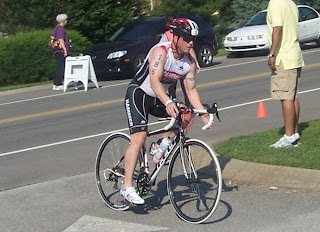 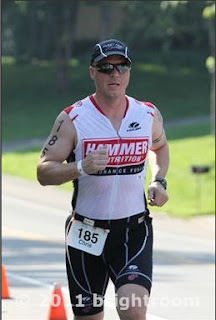 A few more sprint and Olympic tri's later and I'm signed up for the 2013 IM in Florida. Last week was a whirlwind. I finished off 2012 with a Marathon at Chickamauga Battlefield and bought my first real Tri Bike. 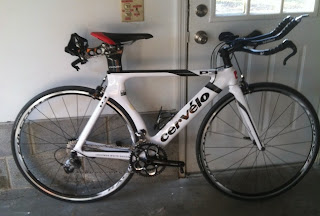 I've got my 30 week plan from Be Iron Fit (starting the second week in April).

My plan is to hit the bike trainer hard for the next 2-3 months and get a decent bike base heading into the new year. I also want to get with the local Xcell swimming program in the first of the year for a few lessons, and continue swimming at the Y.

The 30 week plan is so AGGRESSIVE and will take a lot of will power for ME to complete, because I tend to be hot-and-cold with some plans, but having a plan usually makes me try and make some sort of effort to get something accomplished.

Race wheels for the bike is my next plan, so stay tuned. I'll post some experience on the trainer and swim as I go along. I'd also like to do a few 5K's through the end of this year and early next year just to mix it up and keep motivated in running.

363 days from today, I'm going to attempt my first Ironman Triathlon during the 2013 Florida Ironman. What??

This past weekend I went down and volunteered at the 2012 IMFL and was a finish line catcher. What a great experience. Several of my triathlon group went down and we shared the experience together and 12 of us signed up for 2013. This blog will document my journey, discovery, experiences and training for the next year.

This is mostly for me to document the journey. Thanks for following and any and all tips, comments, recommendations that you want to give. 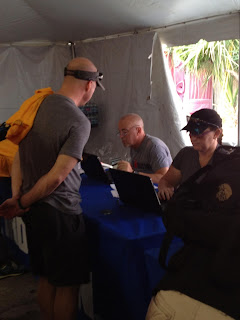